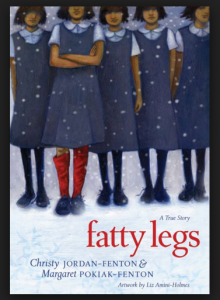 In this English as an Additional Language lesson unit, students study the short story Fatty Legs by Christy Jordan-Fenton and the song They Took the Children Away by Archie Roach to write a comparative report that identifies and analyses aspects of language used to reflect the sociocultural aspects of racial identity.

Both the story and the song are moving memoirs that reveal a personal and emotional response to the traumatic treatment of Indigenous peoples by institutional authorities. Fatty Legs is set in the high Artic about an Inuit girl who faces the cruelty of a residential school  and Archie Roache’s song retells the Australian experience of the Stolen Generation in which children were forcibly removed from their families.

Aspects of language include:

Students analyse personal, social, and cultural perspectives.They understand and analyse how language features are used to communicate for different purposes.

Figures of speech and imagery

The Stolen generation- Facts on Racism No Way